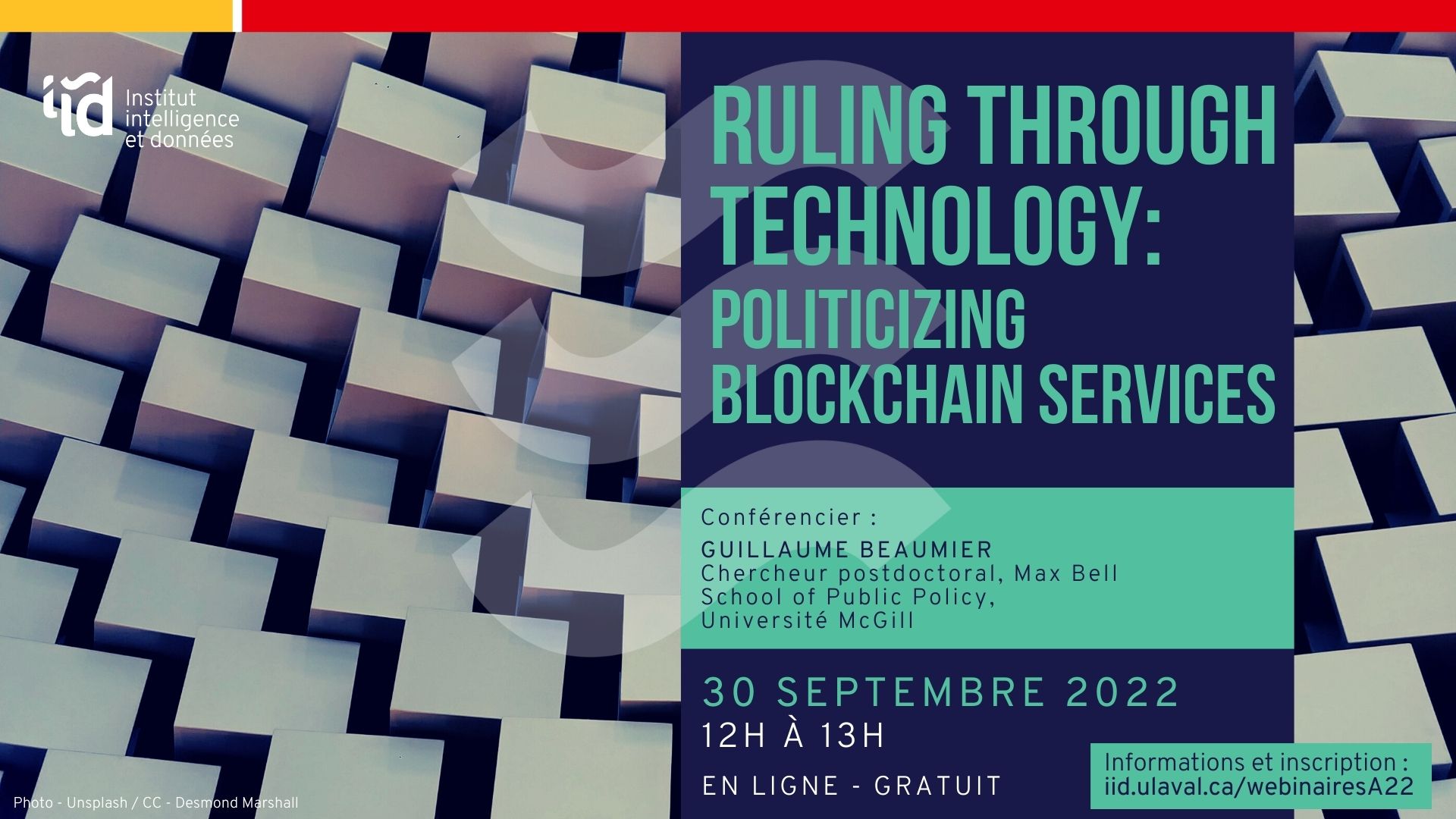 Next to artificial intelligence and big data, blockchains have emerged as one of the most oft-cited technologies associated with the digital economy. Leading technology companies have recently contributed to making the technology used more widely by developing integrated blockchain offerings. The emergence of such services yet strikingly clashes with the original stated goal of the technology to remove any form of central political authority, such as the one companies behind these new services can represent. How should we then understand the embrace of blockchains by companies that this technology was notably supposed to displace?

Using the concept of infrastructure from Science and Technology Studies, Guillaume Beaumier. postdoctoral researcher at the Mortara center for international studies (Georgetown University) and visiting researcher at the Max Bell School of Public Policy (McGill University), argue that these companies are not merely adopting the technology but actively promoting a new assemblage of socio-technical devices to reassert their authority over how information is exchanged online in this webinar presented on September 30th. Based on a comparative analysis of the technical documentation of Ethereum and Amazon Web Services (AWS) blockchain services, he highlights how actors contributing to building digital infrastructures regulate their users’ behavior by affording them different capacities and constraints.

Mr. Beaumier moreover show how by pursuing its commercial interest, AWS supported a corporate form of governance historically promoted by the United States to oversee the digital economy.

His work revolves around the growing complexity of global governance, private regulation, international trade and the digital economy. In his doctoral thesis, he more specifically investigated how data protection rules in the European Union and the United States have been jointly evolving through constant interactions between public and private actors from both jurisdictions since 1995. His dissertation was defended without corrections at the University of Warwick and won the prize Vincent Lemieux offered to the best dissertation submitted in political science for the academic year 2020/2021.