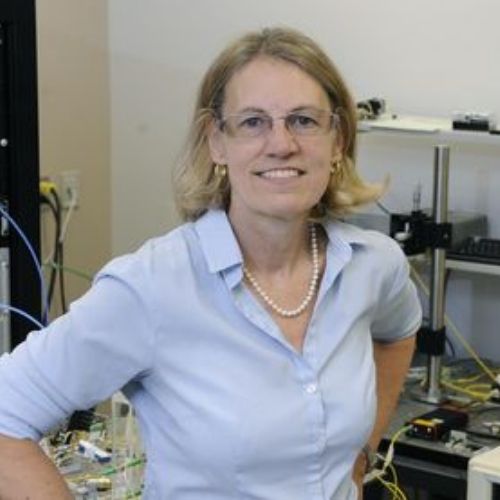 Leslie A. Rusch received the B.S.E.E. (with honors) from the California Institute of Technology, Pasadena, in 1980 and M.A. and Ph.D. degrees in Electrical Engineering from Princeton University, Princeton, NJ, in 1992 and 1994, respectively.

She currently holds a Canada Research Chair in Communications Systems Enabling the Cloud in the Department of Electrical and Computer Engineering at Université Laval (UL), QC, Canada. She is a member of IEEE and Optica and a member of the Center for Optics, Photonics and Lasers at UL. Professor Rusch has experience in defense research, industry and academic communications.

Professor Rusch received the Fessenden Award from IEEE Canada for her contributions to telecommunications. She is an elected member of the Board of Governors of the IEEE Photonics Society. She has served on several technical program committees for major international conferences and was associate editor of the IEEE/Optica Publishing Group Journal of Optical Communications Networks and IEEE Communications Letters. Professor Rusch has published over 300 articles and has been cited over 5750 times by Google Scholar.